King David saw into the mind of God concerning blood sacrifice:
Psalm 51:16-17, “For You do not desire sacrifice, or else I would give it; You do not delight in burnt offering. The sacrifices of God are a broken spirit, A broken and a contrite heart - These, O God, You will not despise.” Psalm 40:6, “Sacrifice and offering You did not desire; My ears You have opened. Burnt offering and sin offering You did not require.”
And also:Jeremiah 7:22-23, “For I did not speak to your fathers, or command them in the day that I brought them out of the land of Egypt, concerning burnt offerings or sacrifices. But this is what I commanded them, saying, ‘Obey My voice, and I will be your God, and you shall be My people. And walk in all the ways that I have commanded you, that it may be well with you.’” Matthew 9:13, “But go and learn what this means: ‘I desire mercy and not sacrifice.’ For I did not come to call the righteous, but sinners, to repentance.”
In conducting the Passover Supper Ceremony, Jesus always intentionally did not include animal food – like lamb meat because he abstained from the slaughtering of animals. (The Jews upheld the spilling of blood as a requirement for the forgiveness of sins or the atonement of sins). He always opted for a bloodless passover ceremony. This practice and attitude of Jesus shows clearly that God the Father does not require blood sacrifice in order to forgive sins. Jesus even forgave people their sins before he died. His blood wasn’t spilled then! For example in Matthew 9:2, “Then behold, they brought to Him a paralytic lying on a bed. When Jesus saw their faith, He said to the paralytic, ‘Son, be of good cheer; your sins are forgiven you.’” 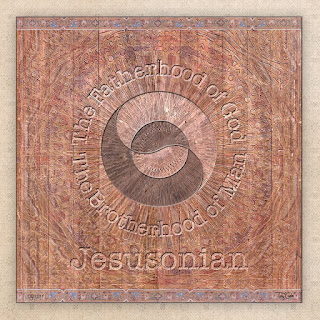 For the forgiveness of our evil deeds/sins/iniquity => for our salvation, God simply asks for repentance from the heart; a broken and a contrite heart. Jesus came on the scene and made it all clearer: He revealed that when we get an understanding of and embrace the LOVE of God in such a way that we surrender our all to God, and allow our hearts to forgive others, inasmuch as we seek God's forgiveness, therein is our salvation. This process allows us to see God as a loving Father and to see other people as our brothers and sisters. We also acquire the faith to believe that our eternal future is secured in God (or in God’s plan).
For our salvation, there's no need for animal sacrifice; the sacrifice of the village King's first son or the sacrifice of an innocent girl or man captured (kidnapped) by the King's guards. And of course, no need for God to sacrifice an innocent Jesus. Stop and think for a minute: To punish an innocent man for the deeds of wicked or guilty offenders.....is it justice?
To understand the, “Gospel of Salvation”, we must look at what Jesus did and taught about SALVATION. Our major focus must be, "The gospel according to Jesus". And not the, "The gospel according to Paul". Paul's version of the gospel is mixed up. It has Jesus' version in it but mixed up with the olden Jewish version of atonement and with his own concocted version of "the fall of man", "the original sin" - of the spiritual death of everybody from birth due to the fall of Adam, the first man. By the way, we know Adam was not the first man. Before Adam and Eve came, there were Andon and Fonta. After Cain killed Abel, he relocated to another place and married there. That tells us clearly that there were humans living in other communities outside the Garden of Eden. And thank God for the Urantia Revelations (The Urantia Book). The first couple (Andon and Fonta) walked on Earth about 1 million years ago. Adam and Eve came about 38,000 years ago. Please, do the math.
Jesus never taught or endorsed the atonement doctrine “as a must requirement for the forgiveness of sins.” He chose to go through the death on the cross, knowing fully well that one of the blessings that would accrue would be the final liberation of ‘many’ from blood sacrifice. Hence he said in Matthew 26:28, “For this is My blood of the new covenant, which is shed for many for the remission of sins.” Take note he said, “My blood… which is shed for many…” Shed for “many”. He didn’t say, “Shed for all”. He knew there were and would be “many” who would fervently cling to atonement/blood sacrifice. His death on the cross took care of those people - the “many”. It helped to deal a great and final blow to the barbarism of blood sacrifice. He became, as it were, the last sacrifice. But he didn’t have to do it. It was not a must requirement for salvation. ...and a prophet Isaiah, foresaw the sufferings of our Jesus...
Salvation comes as a result of an understanding appreciation of God’s powerful divine love - be it at the cross or outside the cross (the cross apart). For example, there are other inhabited planets, where the people there (so-called aliens) get saved and they know nothing about any cross. But the love of God is available. Paul's or Christianity's doctrine of salvation is strange and impractical in many other inhabited planets. Would Jesus have to go there and die again? Or who is going to travel there to share the atonement doctrine? How are they going to get there? :) However, Jesus' salvation message (mentioned in an earlier paragraph above) is applicable to "all" here on Earth and in every other planet inhabited by mortal intelligence. And there are lots of them. Go figure! :)
...Also, Jesus never taught the original sin doctrine (the spiritual death of every child due to the fall of Adam and Eve). Even the gospels of Matthew, Mark and Luke to a large extent, show that Jesus didn't teach all that. Our dear brother Paul and his associates came up with all that! And mixed them up with Jesus' gospel of, "You are sons and daughters of God. The Kingdom of God is within you. God’s love and salvation are obtained by grace through faith and faith alone; not of works; not of blood sacrifice." The atonement doctrine is a man-made doctrine. We may say, "It is not of God. It is not of the Devil. It is of man."
By the way, a major reason Paul taught the atonement doctrine (and in some places, promoted it AS A MUST REQUIREMENT) was to win over many Jews to his Christianity. But of course, history shows that he did not succeed. For the most part, the Jewish community blatantly refused to be swayed by Paul’s salvation message. Our great brother, Paul did a lot to promote spiritual growth and enlightenment. Yes! But his diluted and mixed up message of salvation has created a confusion that persists to this day. It will take some time but this planet would mature to the fullness of the knowledge of the truth. Amen.

Posted by The Christ Michael Center at 8:06 PM